With just nine days until the most high profile race in the country takes place around the streets of our capital I thought I would take a moment to look at the possibilities around the eight protagonists from LBAC. 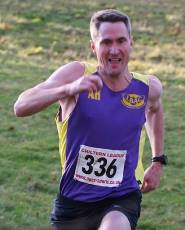 Adam Haylock – The major concern that Adam has, is arriving too early for the race. If he is there more than half an hour before the start it is likely that he’ll peak before the gun goes through lack of expensive coffee. This will be Mr Haylock’s second marathon. He doesn’t like to talk about the first one, but if you want the details they inexplicably appeared on the Power of 10 site recently! He is hoping to just duck under that time, by a couple of hours! Much of his training has revolved around studying the location of every Starbucks on the course just to make sure he has enough energy to get the pub afterwards. read more

Here is a selection of events over the following months that you may want to use when planning your races. Virtually all of the road races shown can be entered via the Runners World website. If anyone knows of local races that are not on the list then please e-mail andy_inchley@hotmail.com